Inherited from the British

As Britain’s first colony in the Caribbean, and one that remained resolutely in British hands up until its independence in 1966, it’s small wonder that Barbados still reflects Britain’s legacy in many of its institutions and traditions.

You may know that Barbados inherited its love of cricket from England, but how many of the following influences did you know can be attributed to the British?

Furthermore, according to the BBC’s latest statistics, Barbados has “inherited” 27,000 British people who live in Barbados full-time. This number swells to 34,000 when part-time residents are included. Not only is this the highest number of Britons living in any one island in the Caribbean, but with a population of around 285,000, this makes Britons almost 10% of the island’s population.

If you want to see some of these British legacies surviving in a very non-British landscape and climate, contact Virgo Villas to arrange your own trip to Barbados. And check out our other post Barbados: An Island for all Seasons to find the best time of year to visit. 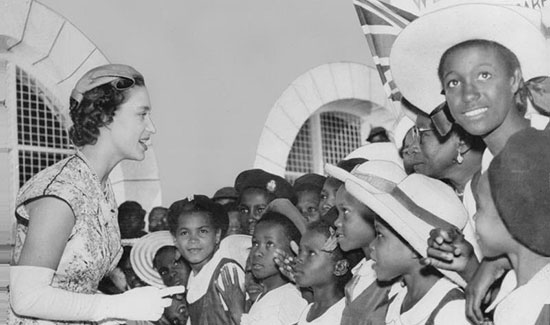