Barbados is surrounded by the most stunningly beautiful turquoise water you will ever see, with beaches to appeal to every taste. Here’s a quick guide to finding a beach to match yours.

With picture-perfect golden sands fringed by a variety of tropical trees, the surf on this side of the island is mostly tranquil with small waves, making it perfect for those looking to relax and unwind. The beaches are also ideal for children, swimmers, snorkelers and stand-up paddlers. 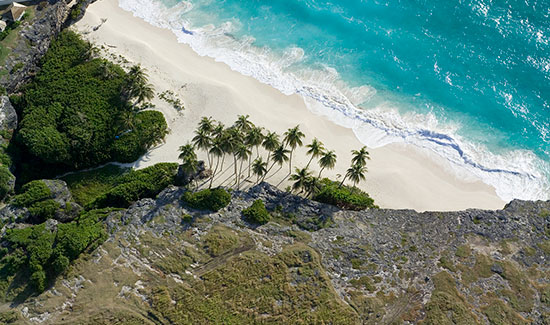 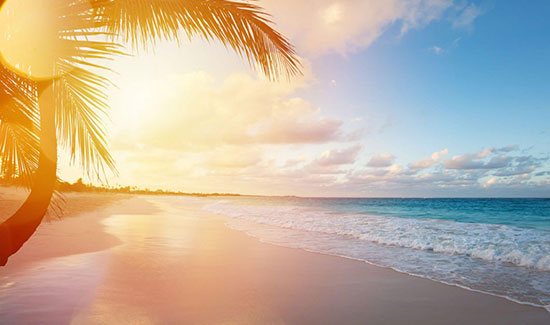 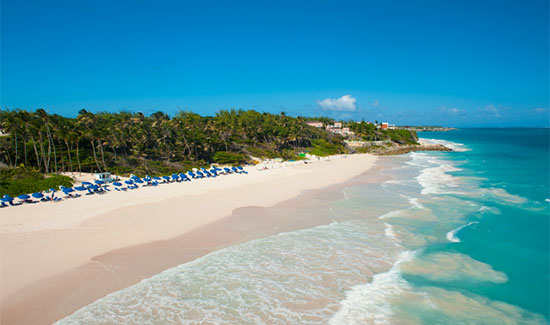 The south coast surf is decidedly livelier than that of the west coast, with waves that range from small to medium and a stronger undertow than west coast beaches. These beaches are best suited for experienced swimmers and beachgoers who enjoy more active sports like wind, kite and body surfing.

Buffeted by the winds from the Atlantic, the northern coastline of Barbados is perfect for those who like their sea with a lot of drama. Here there are few beaches but plenty of jagged cliffs and rough surf that sends large waves pounding against the rocky outcrops in spectacular fashion. Because of the big waves and strong undertow, swimming isn’t recommended, but the North Coast is a great place to see Barbados at its wildest and most untouched.

Like the north coast, the east coast of Barbados is affected by strong winds from the Atlantic which create large waves. There are plenty of beaches on this side of the island, but because of the big waves and powerful undertow, swimming isn’t recommended. Beaches on this coast are, however, favoured by surfers who’ve made them quite popular locations for catching the waves.